George C Ballard Motor Assessors is supported by a highly qualified team who are dedicated to their car inspection jobs.
The team is continually gaining new qualifications and constantly learning.

George Ballard is the owner and founder of the Motor Assessors. This is a family company that was established in 1988. George began his career in 1961. He was an apprentice mechanic at the time. However, once he completed his training, he entered the priesthood for four years. In 1969 he went back to his original career and became the head mechanic for Wimpey’s, with his work taking him to Manchester, Lisburn and even Dubai as a transport manager.

In 1976, George became the Service Manager with the Transport Services Ltd. At this time he also lectured at Motor Engineering in CIT (Cork Institute of Technology), from 1982 – 1984. He has trained some of the top mechanics and engineers in Ireland.

In 1984, he began his career in Motor Assessing. He worked with F.J. Foster Ltd until 1988. After this he started his own company, George Ballard Motor Assessors, which has gone from strength to strength ever since.

George has taken part in a number of radio and television programmes to promote road safety, as this is something he feels very passionate about. He studied law and has membership in many societies & institutes, including;

George has established great relationships within the legal profession and he is always sourced as a professional witness in all levels of court throughout Ireland and the UK.

He is also very community based, having received the honour of becoming a Peace Commissioner. On a personal level, he enjoys golf, travelling, reading and mountaineering (he learned this in his 40th year of scouting).

George has years of experience in the industry, dealing with all types of vehicles. He works with private clients, commercial, plant & industrial. George and his dedicated team are available to offer a friendly professional service. 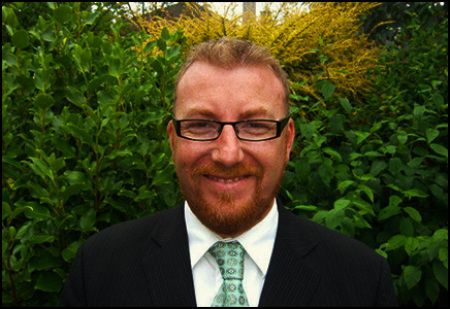 Stephen Ballard began his career in 1993, serving an apprenticeship as a Motor Mechanic in Commercial, Domestic & Plant vehicles. He attended Davis Technical College in Mallow and received his qualification as a mechanic in 1997.

After this, Stephen went on to study Irish Law in Griffith College, Dublin and Management in Cork Institute of Technology. He received membership of The Institute of the Motor Industry (MIMI).

Stephen began working with George Ballard Motor Assessors in 1998, where he has been the senior engineer for over 12 years. He is a valuable asset to the company, due to his vast knowledge, gained though his studies and his hands on practical experience. Stephen has been a professional witness and is very well respected by the Legal profession. This is down to his competency and success.

Keith became an apprentice mechanic in 1997, working with Mitsubishi Motors. Afterwards, once he qualified, he worked on a vast array of vehicles, including 4 x 4s. He was awarded with a National Craft Certificate in 2003.

Keith also studied Business Management, Law & Accountancy in Cork Institute of Technology and Garage Organisation. He received a Certificate of Management and membership of the Institute of Motor Industry (MIMI).

Keith began working with George Ballard Motor Assessors in 2002. He has vast experience and wide range of knowledge on all things related to the Motor Industry.

Keith is also called upon as a professional witness, being widely respected in the Legal Profession. More recently, Keith has become a member of the Institute of Road Transport Engineers. (IRTE Eng Tec)

Outside of his work and studies, Keith is a keen participant in Motor Sport. He is also a Chief Service Technician for a rally team, on a full works powered rally car. He also competes in Auto Grass Racing, winning driver of the year in 1999. He also enjoys golf and travelling.

Strictly necessary cookies
These cookies are essential for visitors to be able to browse the website and use its features. None of this information can be used to identify visitors as all data is anonymized.

Currency
Purpose: To be able to show prices in the currency matching the visitor's preferences.
Duration: 30 days.

Google Recaptcha
Purpose: To be able to validate whether the visitor is human and to limit the amount of spam from contact forms.
Duration: 1 year.
Provider: Google.


Third-party cookies
These cookies collect information about how visitors use the website, like which pages they've visited and which links they've clicked on. None of this information can be used to identify visitors as all data is anonymized.

ga
Purpose: Registers a unique ID that is used to generate statistical data on how the visitor uses the website.
Duration: 1 year.
Provider: Google.

gid
Purpose: Registers a unique ID that is used to generate statistical data on how the visitor uses the website.
Duration: 24 hours.
Provider: Google.

We also integrate with social platforms on this site that allow you to connect with your social network in various ways. Social media integration will set cookies through the website which may be used to enhance your profile on social media sites or contribute to the data they hold for various purposes outlined in their respective privacy policies.